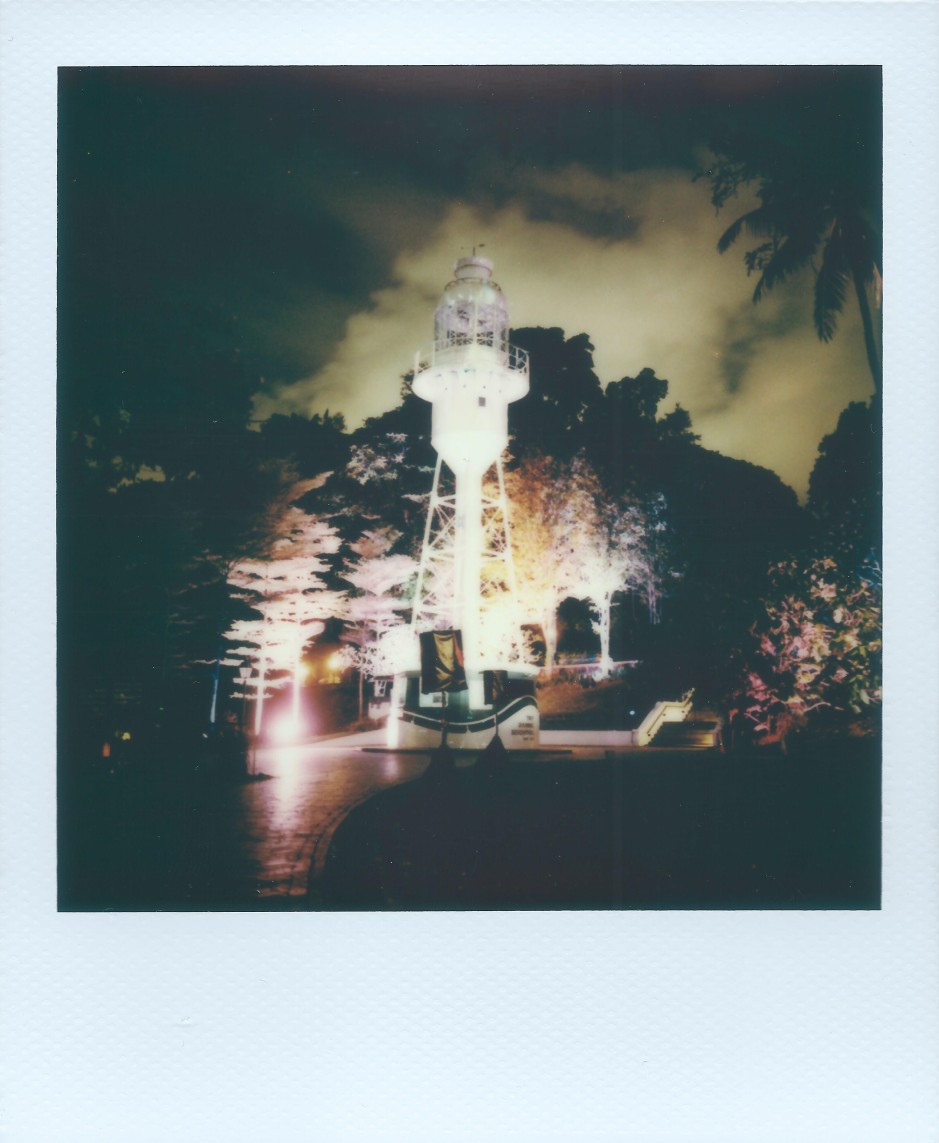 We have been fervently attending the yearly iLights @ Marina Bay, a smorgasbord of new-age and tech-savvy light installations / performances that comes to life at night! This year also commemorates the Bicentennial anniversary of Singapore, when Sir Stamford Raffles first landed on Singapore, and so the iLights edition for 2019 was launched under that theme.

Our camera of choice was the Mamiya RB67 with a modified Polaroid back (Impossible Project i-1). This back is pretty unique as it is made using the Impossible Project i-1 Instant Camera! Furthermore, the modifier provided us the tools and instructions to dismantle it and modify it ourselves, so that was pretty cool to be involved in the modification process and his instructions were easy to follow.

At the iLights event, we often visited the CBD area and Marina Bay first; this time, we decided to venture around Fort Canning Park, a hill situated in the middle of the CBD overlooking the Singapore city.

A series of neon lightsticks were crafted into windows, as if we were peering into one another’s soul… ? (“Constructive Interference”)

Overall, we had loads of fun exploring the various installations and learning about their meaning and intent. Coupled with the Bicentennial anniversary, we certainly learnt (and re-learnt) much about Singapore’s history as well. We were also pleasantly surprised with the modified i-1 back, given that we had actually attempted this modification ourselves (with help from our instructor, of course). Perhaps this is the way forward for people to be more involved in modifying cameras!