The Leica Sofort has been out for a while, receiving a lot of attention and also some mixed reviews about the product. Well, we managed to get our hands on the Sofort once and for all, and put it to the test to its closest rival, the Fujifilm instax mini 90 NEO Classic!

Since Leica had released their own instax mini film for use with the Sofort, we decided to compare the respective cameras and films on their own merit. However, we were in for quite a surprise when we opened the Leica Sofort instax film…

… lo and behold, the packaging was almost the same! In fact, the film holder was basically the same, which was surprising and intriguing. As you will read (or have read elsewhere on the Internet), the Leica instax film is somewhat diferent from the Fujifilm instax film. Nevertheless, this was a nasty surprise given that we paid almost SGD$30 for the Leica film whereas the Fujifilm version retails for about SGD$10++ (although when bought at wholesalers, can go as low as $7++).

It is probable that Leica bought the right to use and modify the Fujifilm film (and perhaps Fujifilm insisted Leica retain the design of the film holder), but seeing the same packaging was a bit of a turn-off and disappointment given the ‘exclusiveness’ of Leica.

Another sticking point was the ergonomic design of the strapping points on the respective cameras: 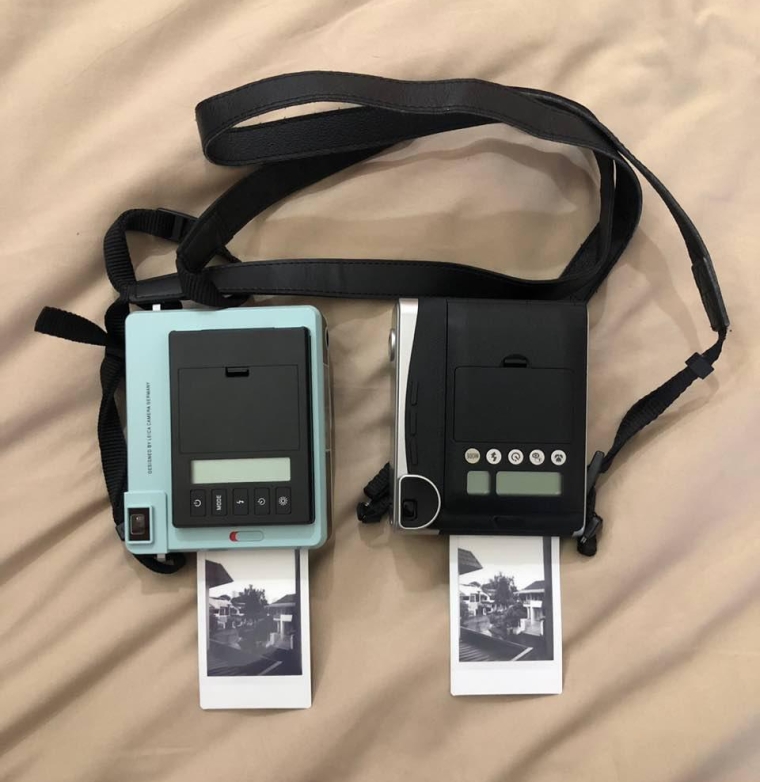 Nevertheless, we looked past this and engaged in our comparison proper. Like our previous entries, we compared the various modes that were found on the two instax cameras, looking for notable differences.

Exposure Mode: While Fujifilm has 4 exposure modes (compared to Leica’s 3), the shots were not drastically different. 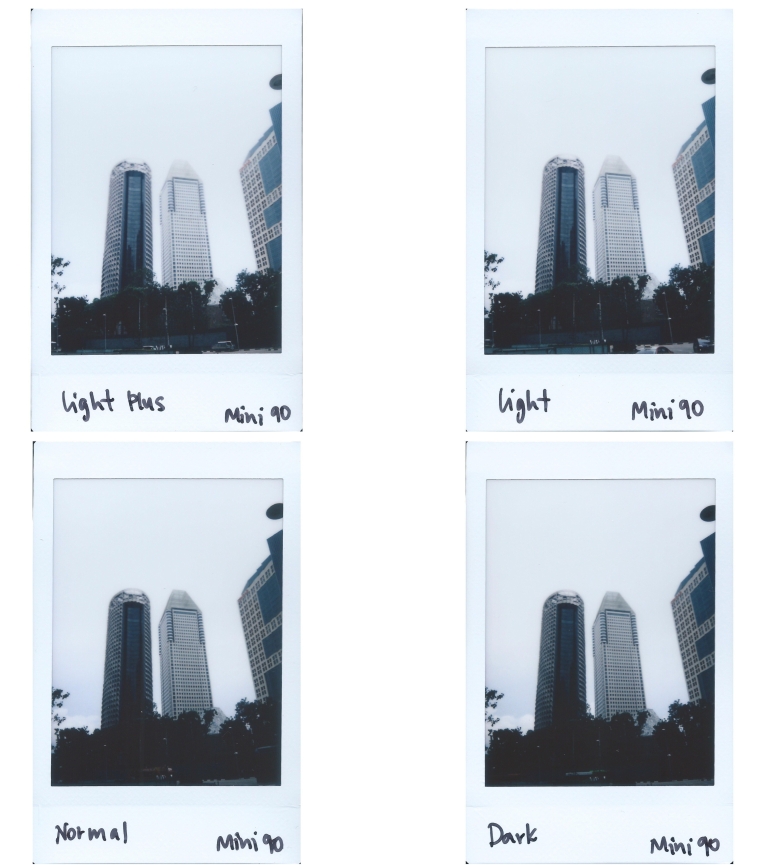 Landscape Mode: While both shots from both cameras turned out roughly the same, you can clearly see that the Leica film is warmer in comparison to the Fujifilm film. We also tested the Fujifilm instax film on the Leica Sofort, and the shot does seem a bit ‘softer’ than when used on the Fujifilm mini 90.

Macro Mode: Again, not much discernible difference, other than the warmness of the Leica film. 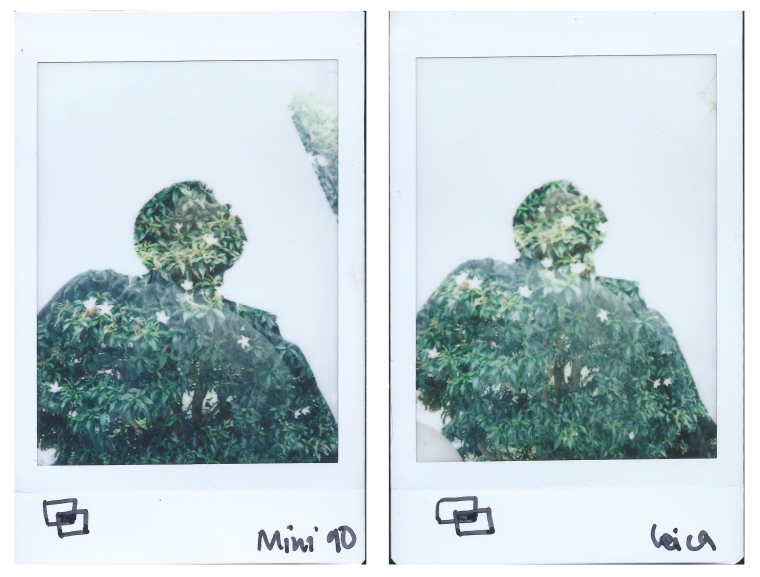 Selfie Mode: The Fujifilm mini 90 does not have a selfie mode, so we took a ‘normal mode’ shot from at least 0.6m away. Interestingly, the flash mode for both cameras had very different outcomes, as seen below. 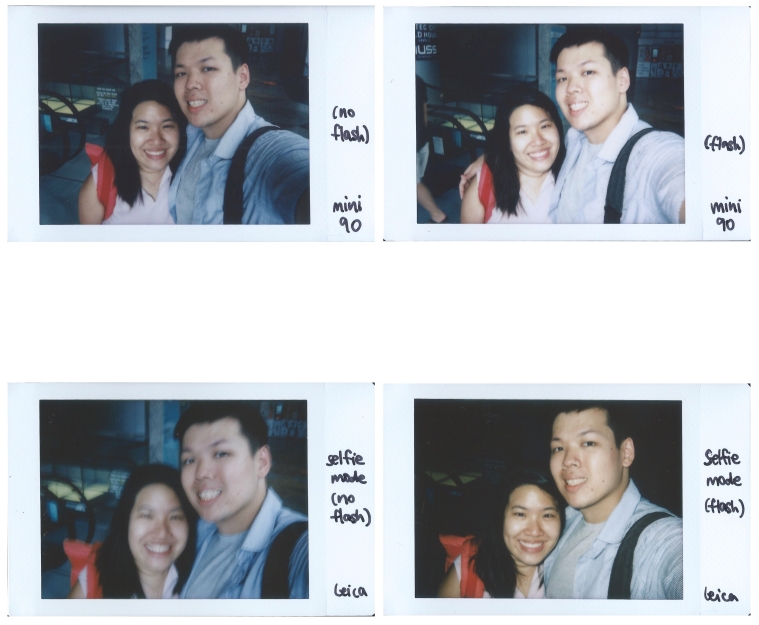 Party Mode: intended to reduce ‘red-eye’ commonly seen in older cameras used with flash, the party mode had no discernible difference apart from the Leica’s warmness.

Kids mode/Sports mode: although going by different names, these two modes serve the same function, which is to capture fast-moving subjects. Once again, Leica’s warmness is evident on the shots.

Bulb mode: with both cameras limited to 10 second bulb mode, we were keen to see if there were any differences. Evidently not…

We also compared the two Monochrome film released by Fujifilm and Leica, which costs notably more than their coloured counterparts. As seen below, the Leica film appears more contrast-y than the Fujfilm film.

Based on our experience using both cameras and films, there are no significant differences that warrant choosing one over the other (in terms of quality). In fact, the price point would probably be the major decisive factor in getting the Leica Sofort. The films do behave differently (with the Leica film more warm), but the price is also a sticking point for us.

Consider wisely! Which camera would you prefer? Let us know!

One thought on “Comparing the Leica Sofort and Fujifilm 90 NEO Classic!”