So we (finally) managed to go to the Gardens By The Bay’s Cloud and Flower Domes to catch Disney’s Tsum Tsum Exhibition! Though the theme was about Christmas (which is sadly over by now), we nevertheless decided to go there and capture some fun photos with our Mamiya RB67 with Modified Instax Square back and the Fuji Fotorama FP-1 Professional Camera!

The Garden’s Cloud and Flower Domes are the best places to go to in the hot and sweltering Singapore weather, as it is air-conditioned! Further, the stunning array of flowers and fauna will be sure to leave visitors occupied for a while as they snap away with their cameras. 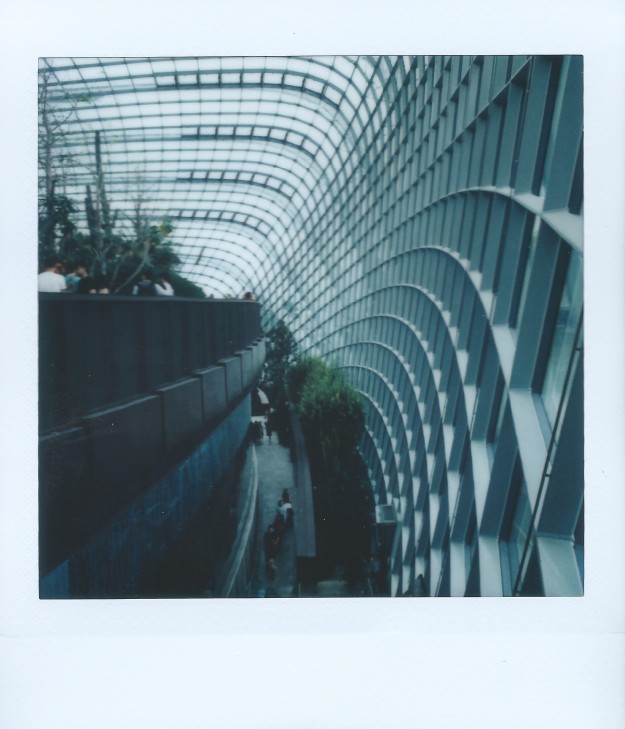 The interior of the Flower Dome, with the sunlight shining through the ornate exterior. 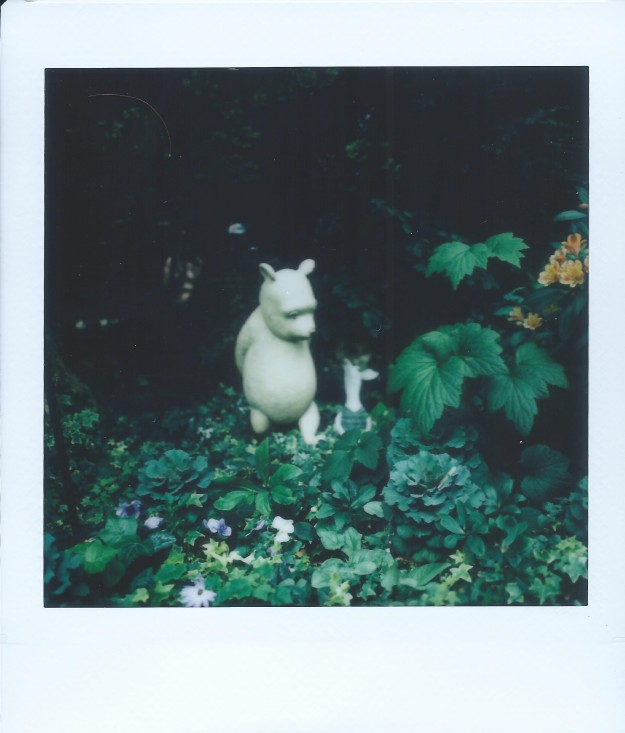 For some reason, Winnie the Pooh and Piglet statues can be found in the Flower Dome, and we never fail to capture it on every visit! 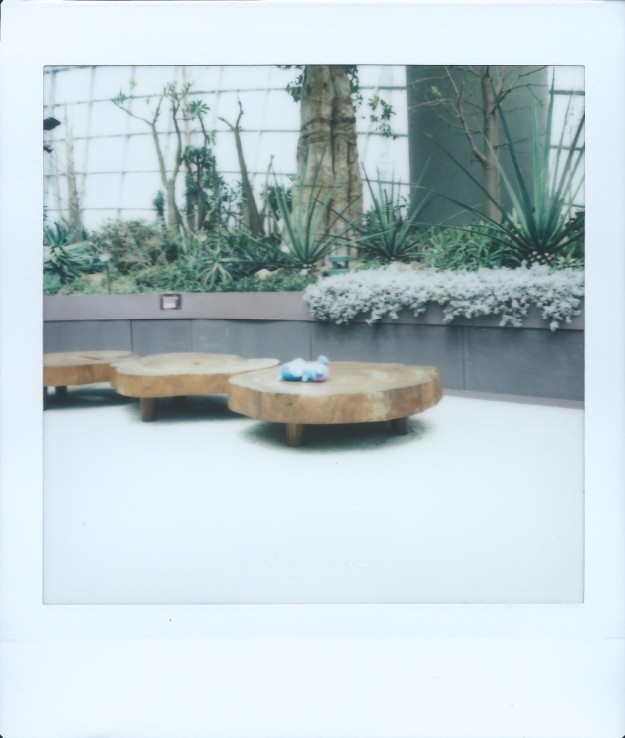 A toy that was left alone on the chair. 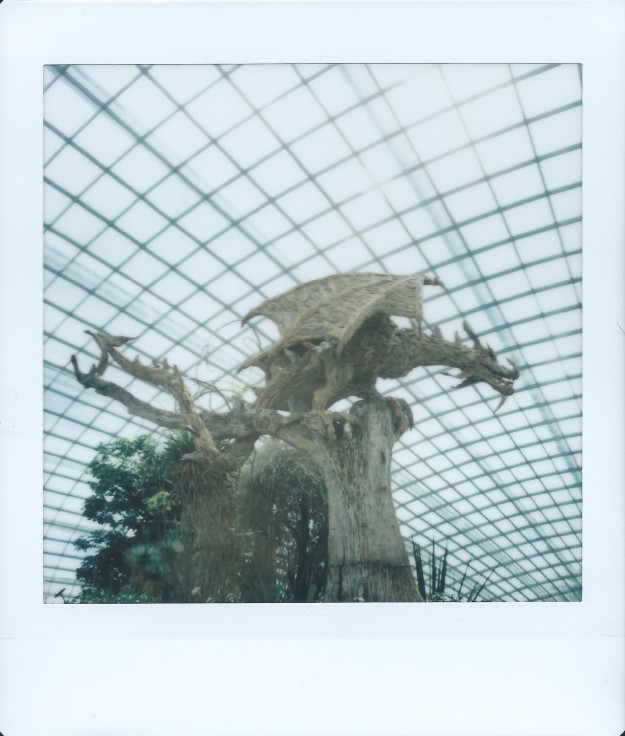 The Flower Dome consists of segregated areas with different themes, such as flowers that you can find in the desert, or in our tropical island of Singapore! We went wild with the RB67, as our 90mm lens provided a stunning macro-like bokeh effect. 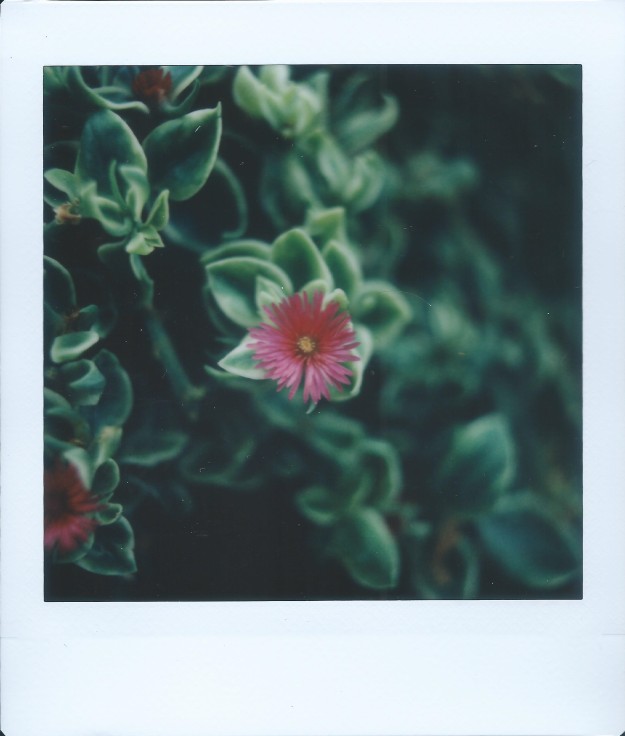 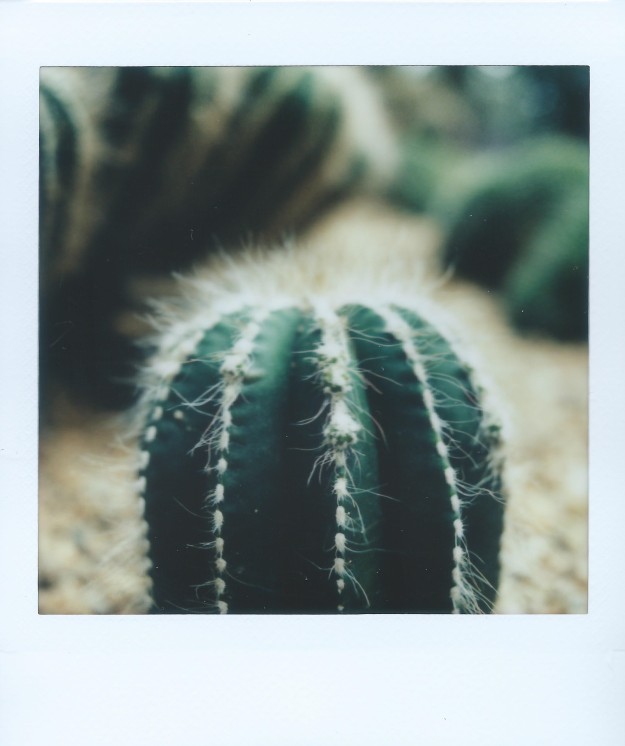 We love how you can even see the “hairs” on the cactus, which the RB67 focused on. 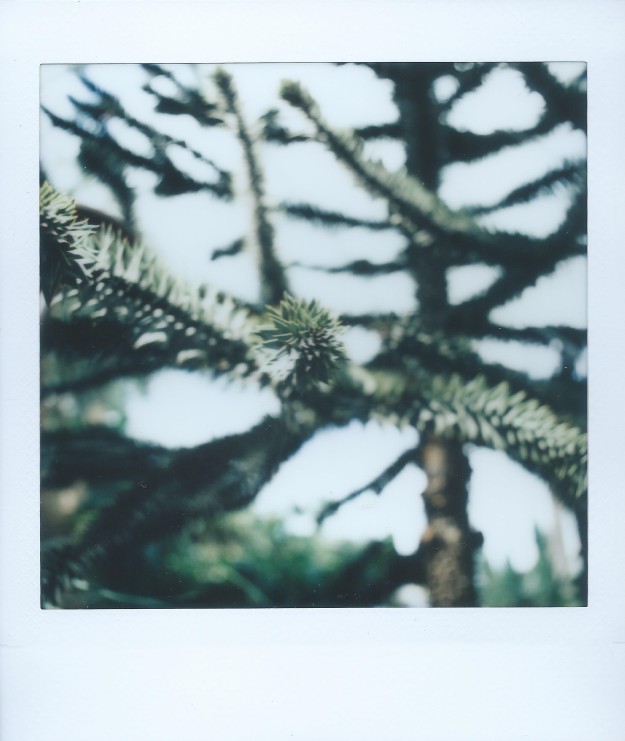 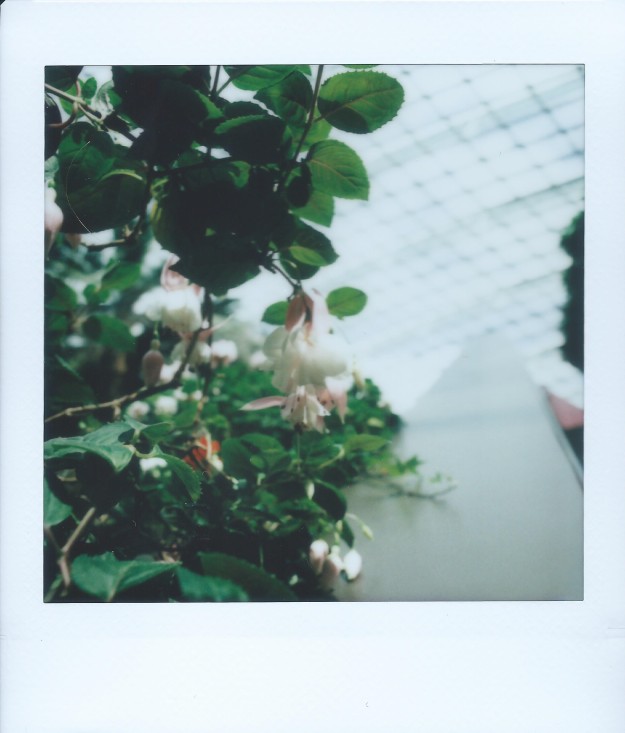 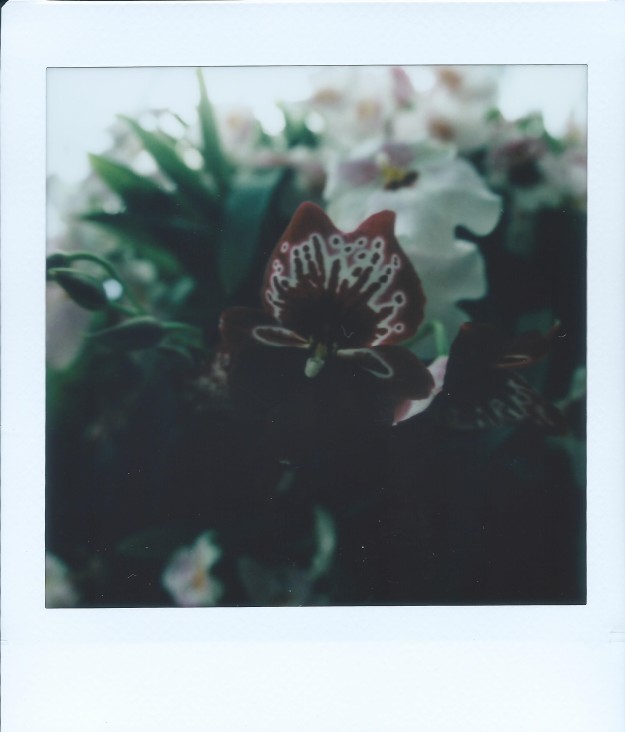 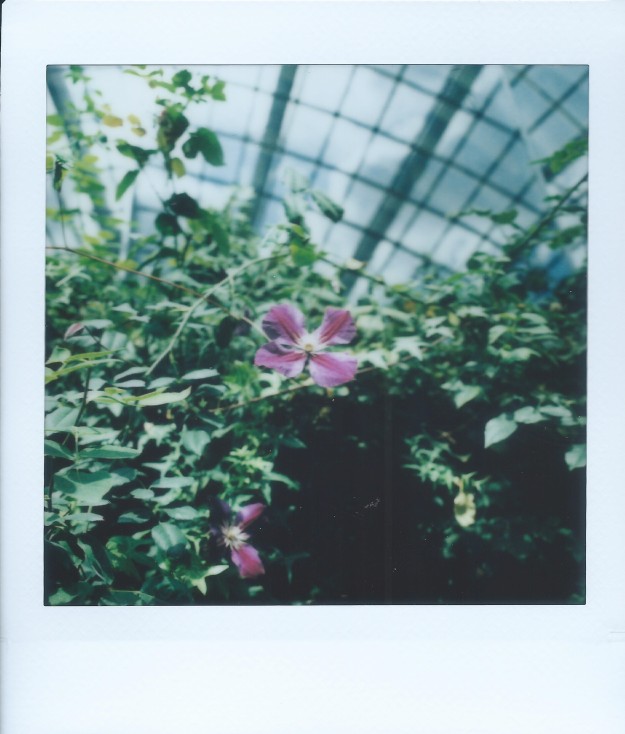 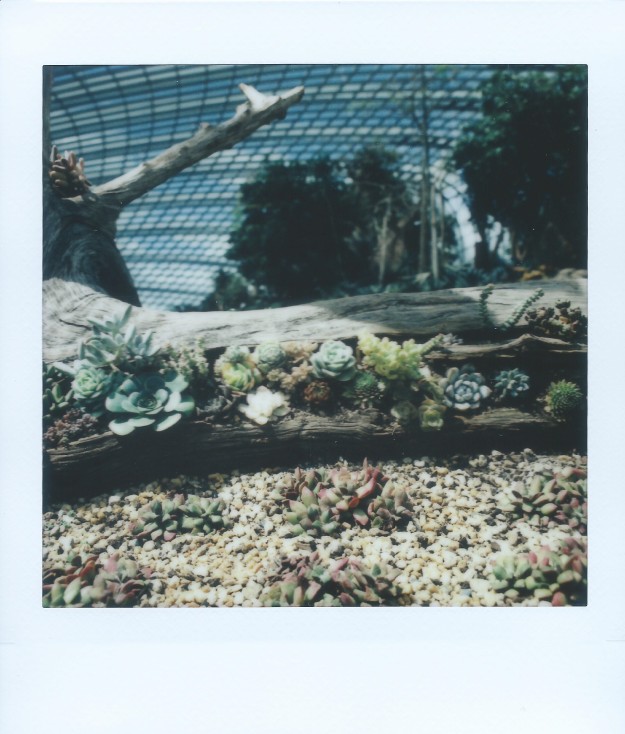 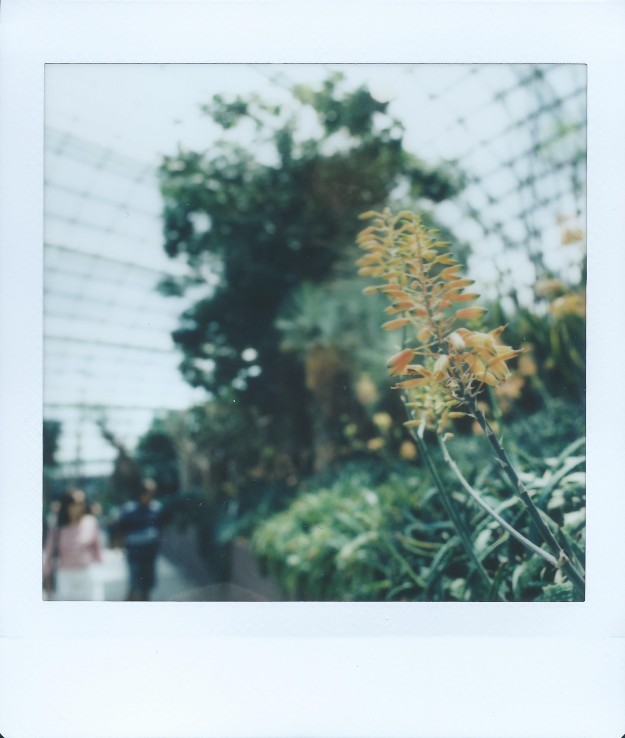 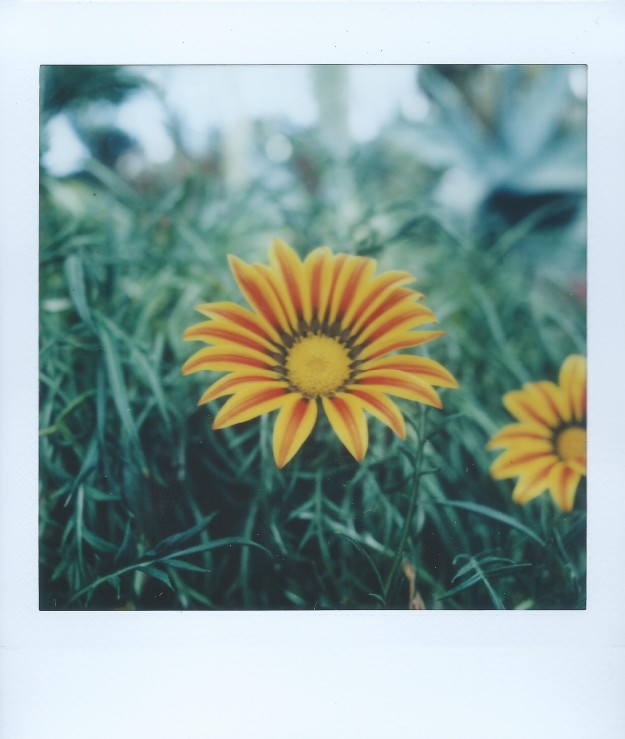 Of course, the highlight of the trip to the Flower Dome was the tall, towering figures of “Tsum Tsum” characters from Disney. This event naturally attracted quite a lot of visitors and many children were present, marveling at their favourite Disney characters turned into cute mini-versions of themselves. 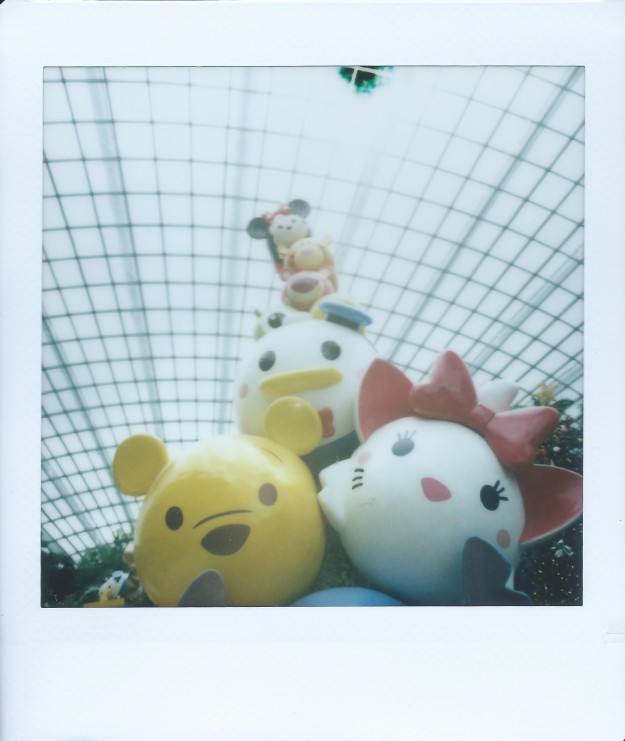 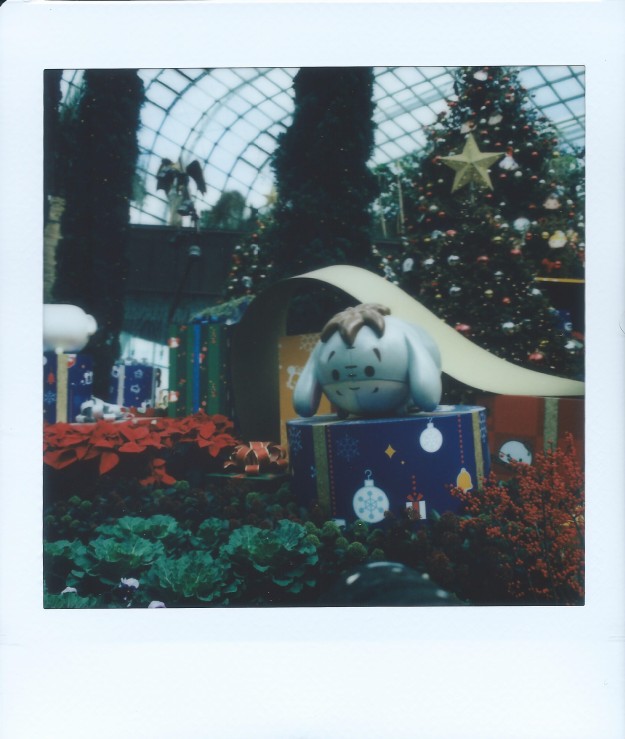 We also took the opportunity to try out the Fujifilm Fotorama FP-1 Professional Camera, being a rangefinder camera for their peel-apart film! Released in 1987, the camera is fully manual, and we tested this camera out of curiosity. Here are our shots: 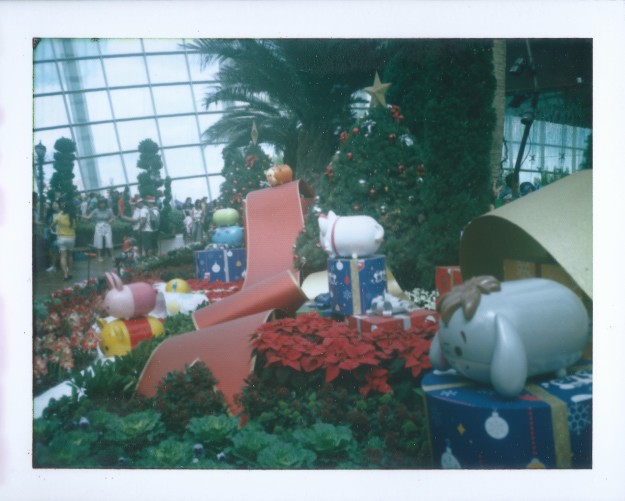 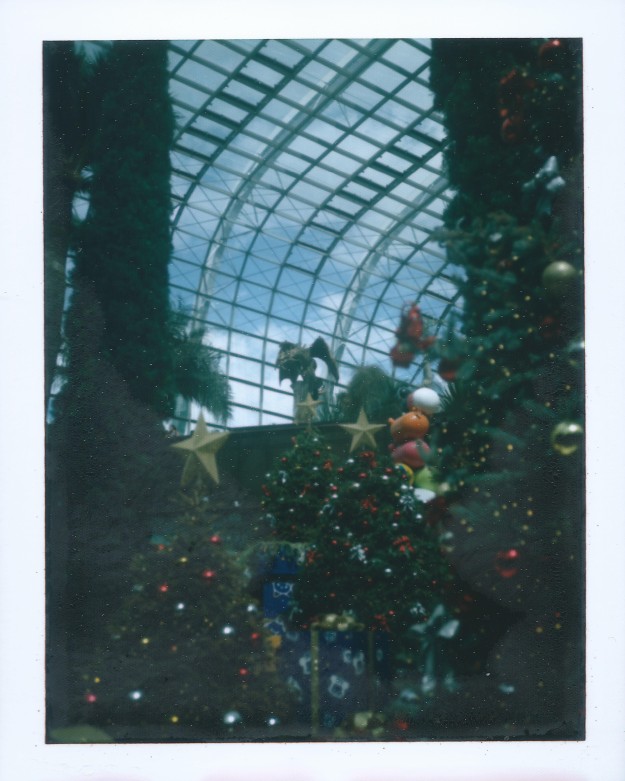 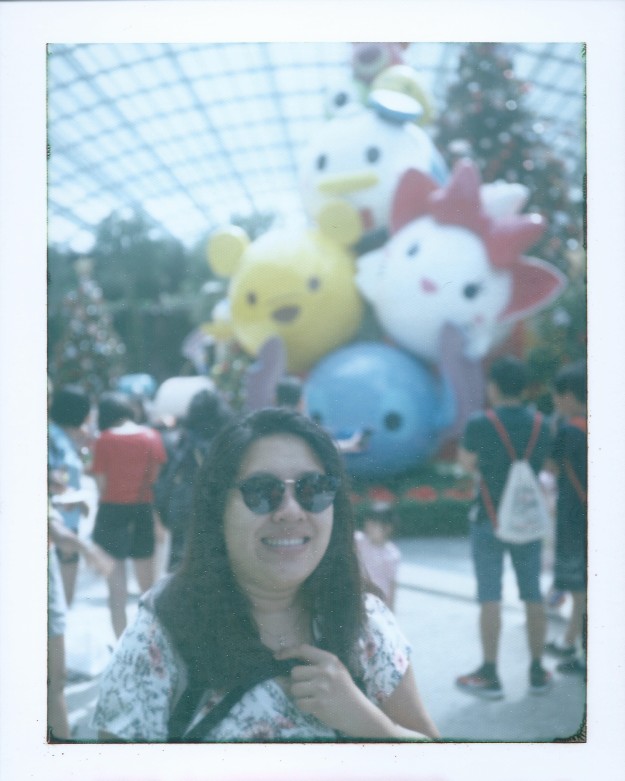 This one might have been slightly overexposed, but the depth of field is quite impressive.

Whilst the Flower Dome is larger than the Cloud Dome, the main attraction of the Cloud Dome is the man-made waterfall, being several stories high! We switched our 90mm lens with the 37mm fisheye lens! The 37mm lens has quite a fisheye effect (you can see how it looks like here), as seen in the second photo below. 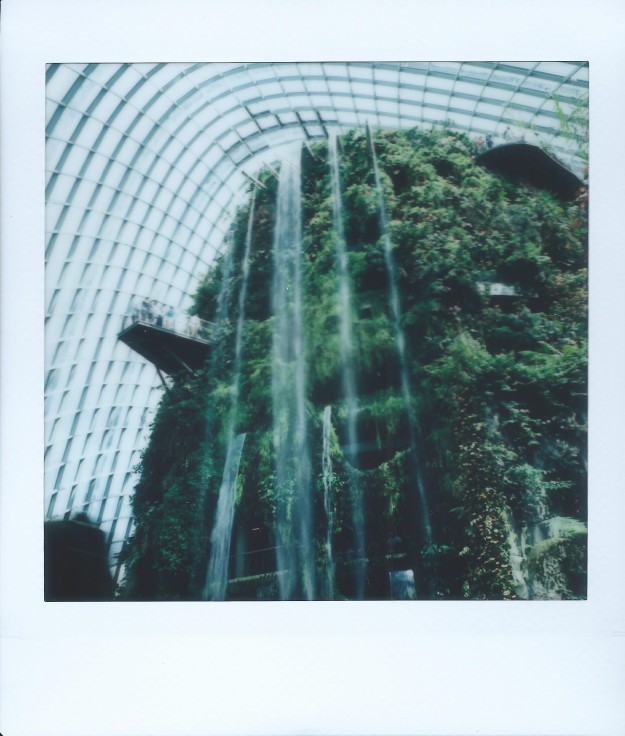 Shot this at a very slow speed to catch the silk-like movement of the waters flowing down. 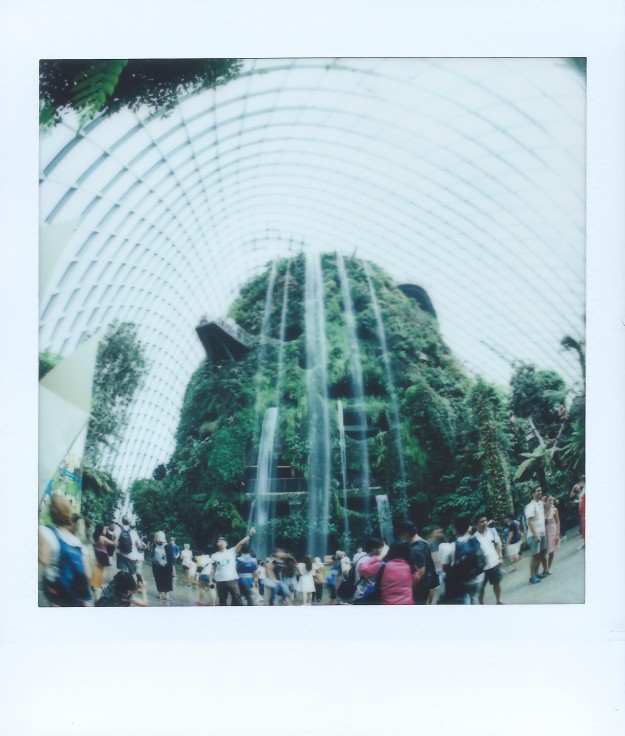 Wow, is all we could say! The distortion is significant and totally expected. 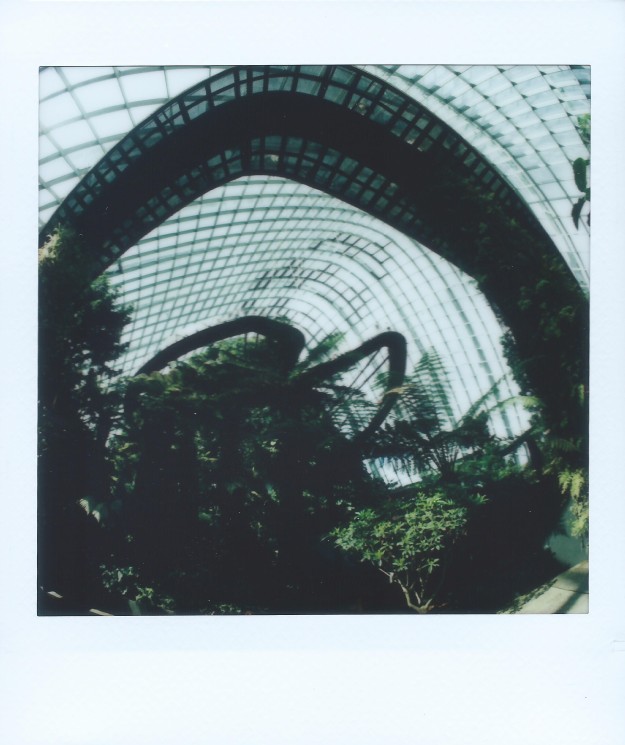 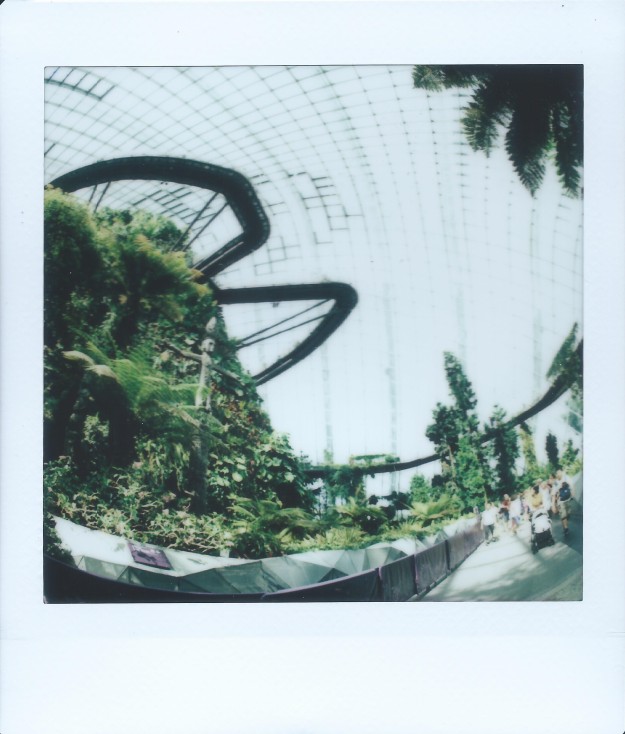 And the rest of the photos below were taken with the Fuji Fotorama FP-1 Professional Camera! 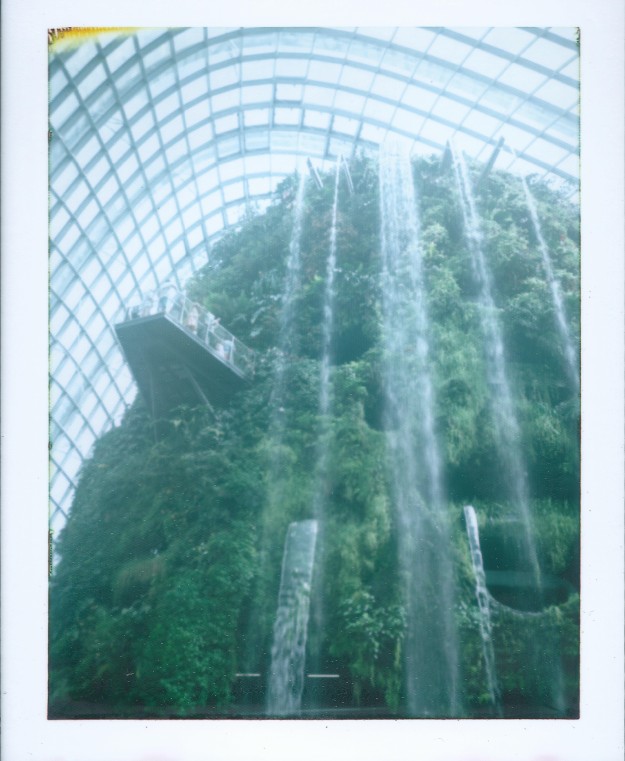 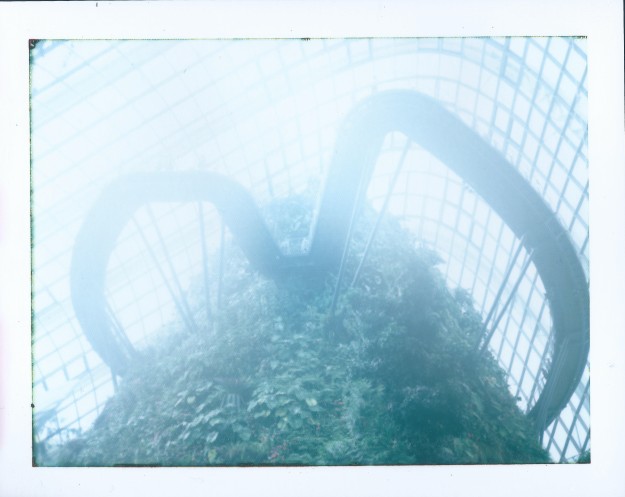 We stepped out of the air-conditioned Flower Dome and Cloud Dome, and faced a sunny day with cloudy blue skies: 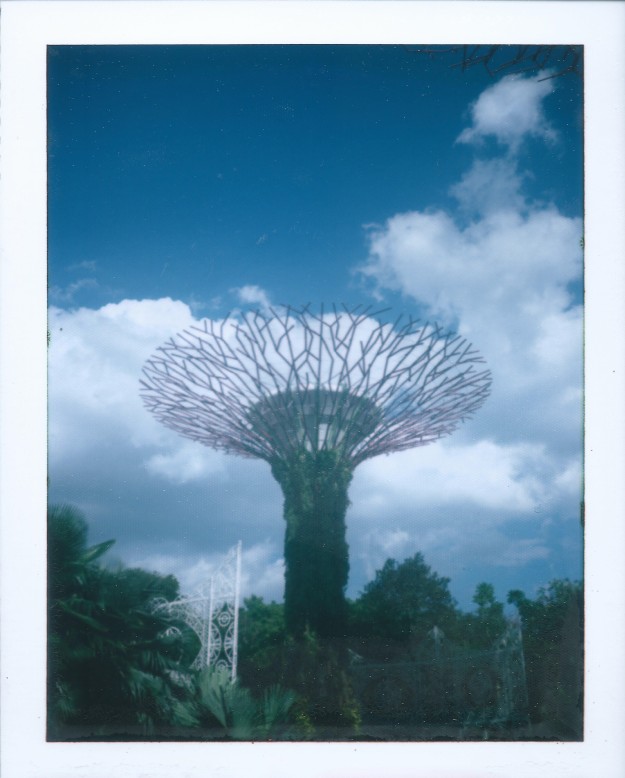 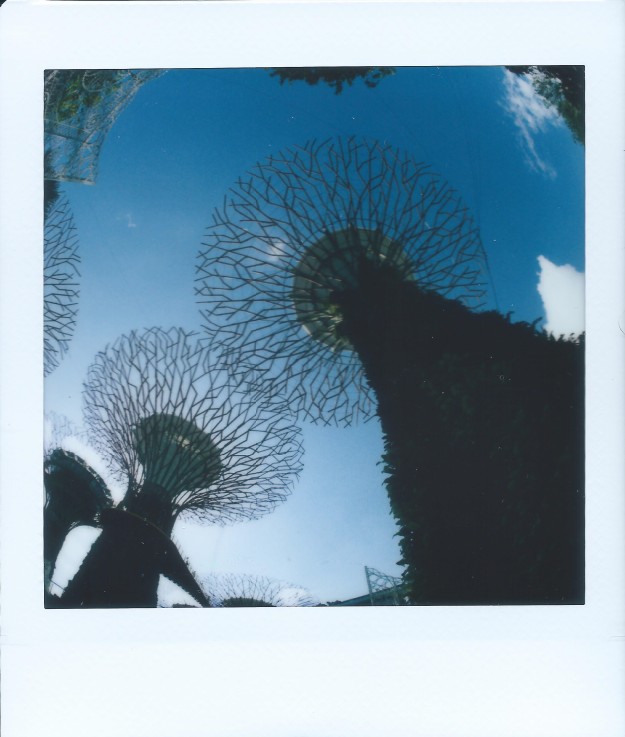 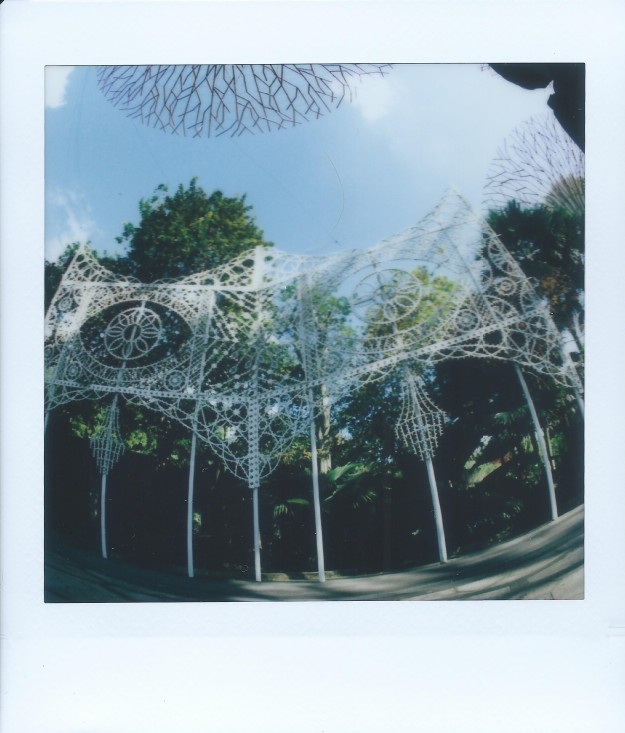 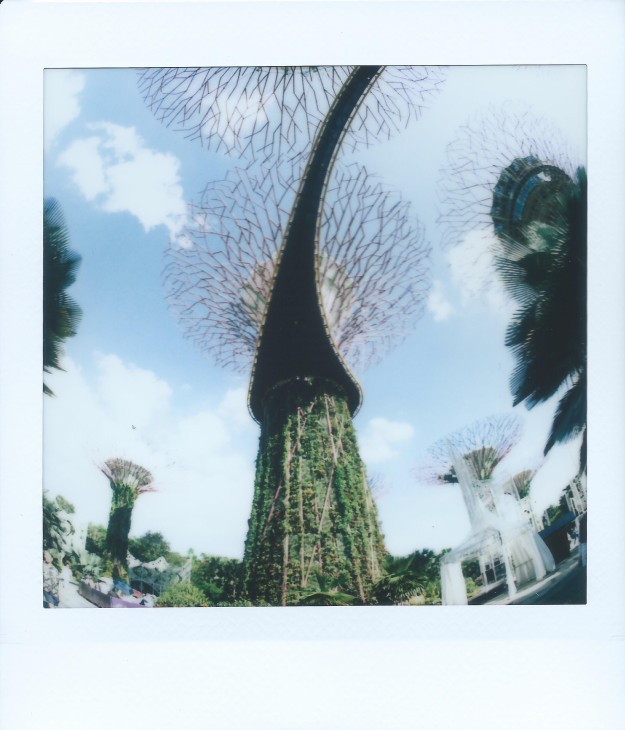 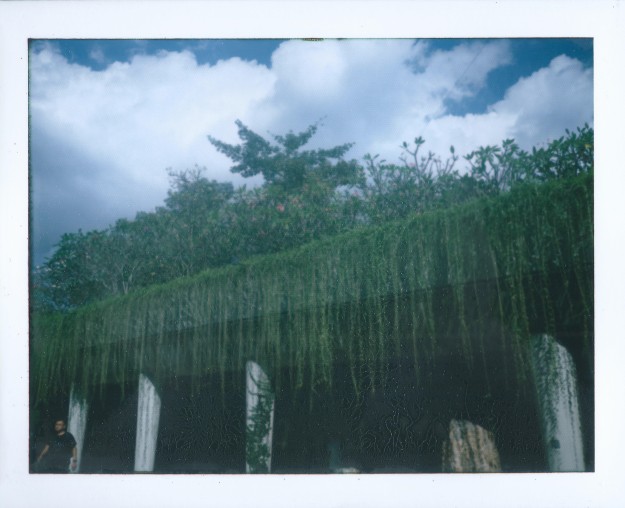 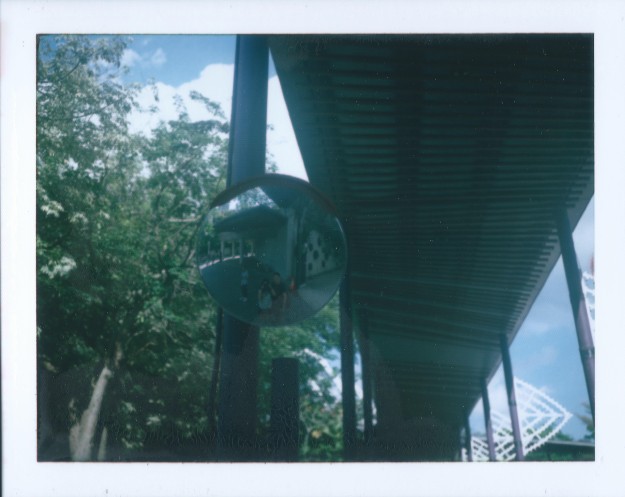 Can you spot us? Hmmm

Both the RB67 and the Fujifilm Fotorama cameras were fun to use during this outing and it was one of the few days where we did not bring our digital camera at all! We relished in using these analog cameras to shoot film and we thoroughly enjoyed our experience. Further, bringing both the 37mm and 90mm lens for the RB67 allowed us to shoot both “macro” shots and ultra-wide-angle photos, which presented some starkly contrasting perspectives.

The Disney Tsum Tsum event is likely to remain a fan-favourite in Singapore, and we hope it graces our shores sooner rather than later!