Indeed, Chinese New Year is upon us once again! A yearly celebration of the New Year in the Chinese lunar calendar (note: NOT 1st Jan), the festivity is marked by striking red decorations (such as lanterns, crackers and, well, red packets), delicious traditional food (such as bak kwa, pineapple tarts and nian guo) and numerous get-together sessions between relatives, friends and even strangers!

Every lunar new year is also based on a Zodiac (an animal which bears attributes); this year, the Monkey is in charge! The conception is based on the Zodiac Calendar; there are in total 12 zodiacs, and this year uniquely welcomes the Red Monkey, which is based on the element of fire (more information about that here).

For a pre-CNY entry, we decided to canvass Chinatown once again (our first entry on our website was during the Mooncake Festival; check it out here)! This time, the famous locale was strung with Chinese lanterns, street-side stalls selling various CNY goodies and decorations! Indeed, one of the many reasons we love to visit Chinatown is due to the lovely, rustic shophouses that adorn the streets!

We love the way the  lanterns are strung across these Perenakan-style shophouses! 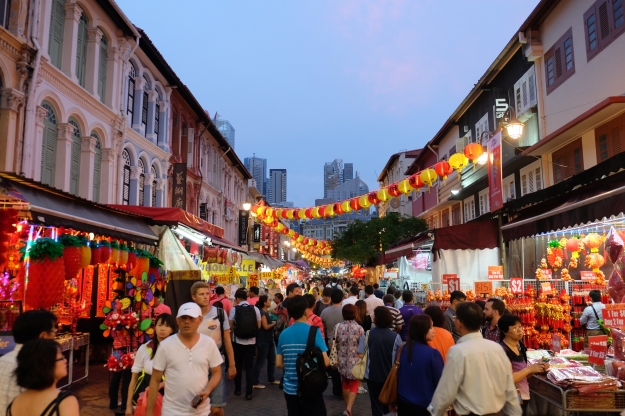 At dusk, the streets are alive with the sound of people bustling about; during the CNY festive period, Chinatown can get really busy, even on a weekday!

As night fell, this gave us the opportunity to take low shutter images, such as the one above! Indeed, Chinatown is always bristling with activity everywhere!

After walking about for quite a while, taking pictures of the boisterous street vendors and shoppers, we got hungry and headed to People’s Park Centre for a round of desserts.

Chinatown is often known for good local desserts. Here, the Chendol is simply mouth-watering, with the coconut and gula melaka (palm sugar) generously drizzled over crushed ice and filled with red beans, grass jelly and attap-chee!

Afterwards, we continued exploring Chinatown, taking in the ambience of CNY decoration lightings. This was an opportunity for us to get creative, as seen in the pictures below!

Another low shutter image, catching the light trail of the bus nicely! The background was slightly blurry, so a tripod would have done nicely here (Damian was too lazy to take it out haha). 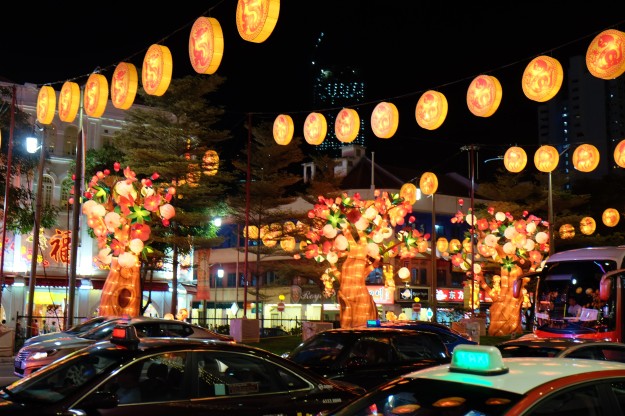 Cute-looking peach trees were installed in between the roads; in the Chinese culture, the peach symbolises wealth, abundance and a long healthy life (looks like we need to eat more peaches).

The CNY lightings, as seen from a overhead bridge; the lamppost was too glaring, but we enjoyed the monkey motifs suspended across the road, with the peach trees. 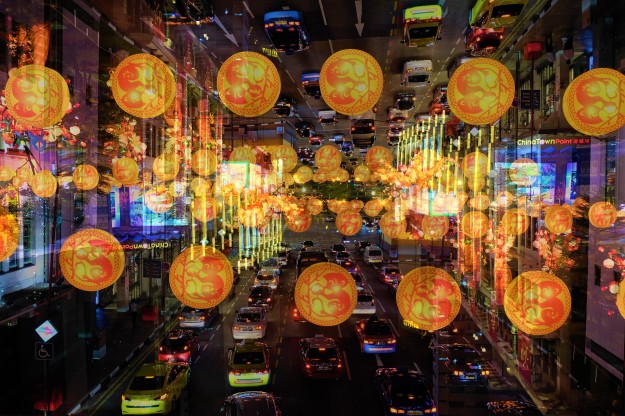 One thing you may not know about the Fujifilm X-T10 is that it can take multiple exposure images! Here, the road of Chinatown was inversed and overlapped each other, producing a surreal, otherworldly image (kind of reminds us of Inception)!

One of the remarkable features of Chinatown is the shophouses! Built in the late 19th century, the various cultural influences (mostly of Chinese and European origins) resulted in shophouses that cannot be identified as indigenous architecture! 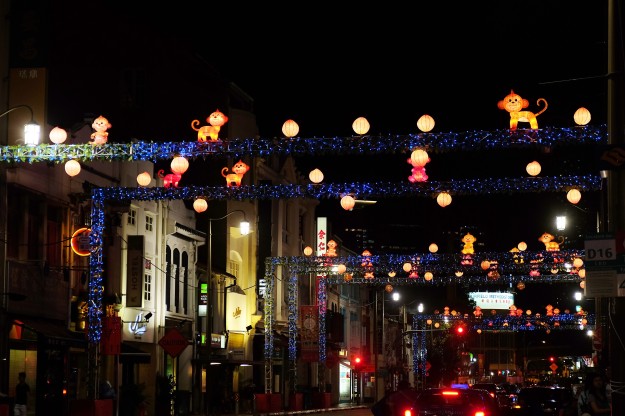 While Orchard Road has its glimmering lights, Chinatown doesn’t miss out on the fun too! Here, replica monkeys (which really look more like bears or dogs in our opinion haha) perch over one of the roads near Chinatown, revelling in the festivities of CNY! 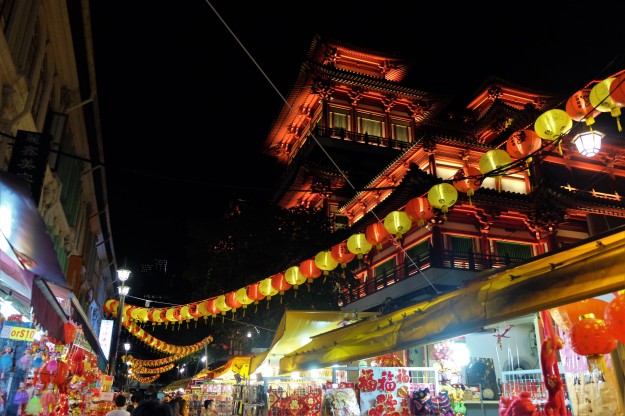 In the backdrop lies the Buddha Tooth Relic Temple and Museum, a sprawling religious site with ornate roofs that lights up at night!

Caishen (财神), or the God of Wealth, is a perennial figure during the CNY festivities (if you get it, that pun is SO intended hehe).

As always, Chinatown gives us the opportunity to get creative with our instant films! It was quite a learning experience to take photos at night, and we learnt a lot of tips and tricks while achieving these photos!

We hope these inspire you to go out there and do the same with your cameras too!

Damian’s favourite photo of Sandra standing in front of cherry blossoms (albeit fake); we used our tripod, which allowed us to take a long exposure image (without shaky hands!)

Taken at the same overhead bridge, on bulb mode; the red lights on the roads are actually the light trails due to the low shutter mode. This ideally requires very stable hands or a tripod, and this turned out better than expected! 🙂 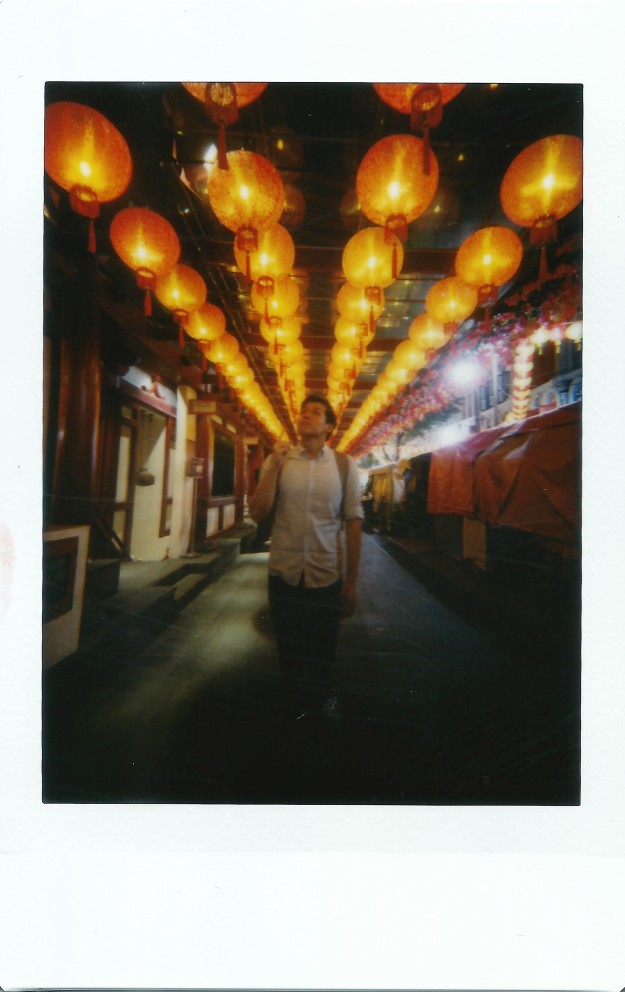 Sandra’s favourite photo: the symmetry of lanterns illuminating Damian was very pleasing to the eye.

One of our favourite images of the trip! As mentioned, we realised the importance of utilising a tripod, and this could not have been achieved unless one has very stable hands! 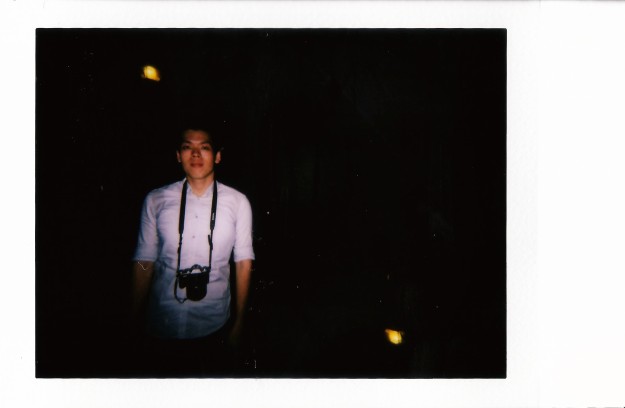 Multiple Exposure: This was one of our first attempts at utilising the Lomo’Instant camera and the slider lens! The idea is that we intended to capture two images of which one is inverted (hence the orange light source); however we struggled with capturing the image when we turned the camera upside down. Nevertheless, this photo turned out pretty well (aside from our intentions haha). 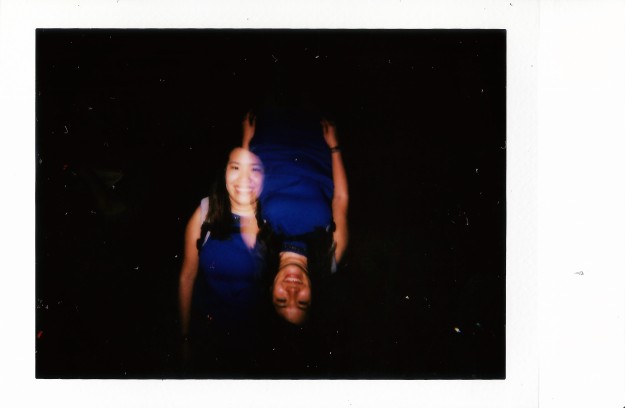 Multiple Exposure: This photo came close to what we had in mind; however we did not gauge the subject (i.e. Sandra) properly, thus the overlapping of the images.

We have since learnt how to do this, and we look forward to sharing our creations with you in the near future!

We wish all our readers a happy Lunar New Year, and have all the health and happiness like the Monkey! 祝大家新年快乐, 健康快乐像马猴!

2 thoughts on “Chinatown Lights: Year of the Monkey”