Fresh off our trip to Gardens by the Bay’s Christmas Wonderland (check out our entry here), we decided to scour Singapore for more Christmas Markets, and lo, CHIJMES was having one! We have never visited CHIJMES together before, so it was a great opportunity to visit yet another historical location and enjoy the Christmas vibe!

A brief history: CHIJMES gets its unique name in recognition of 1) the CHIJ convent that used to occupy the premises and 2) the sound that the tower bells make (which is “chimes”, a homonym to its namesake).

Its historical significance dates back to the late 1840s, where the complex was originally used as a magistrate’s office, but was bought over for the purposes of establishing a convent. In the early 1900s, the Gothic Chapel was commissioned, built and sanctified. The St. Nicholas Girl’s School was established on the same premises in the 1930s, before dwindling demand and urban redevelopment forced many of the surrounding land to be returned to the state. It was only in 1990 that the Government gazetted the present site as a National Monument, and preserved the CHIJMES complex till this day.

We walked around the perimeter of the Chapel, capturing unique shots and pretending to be #touristsinourowncountry. 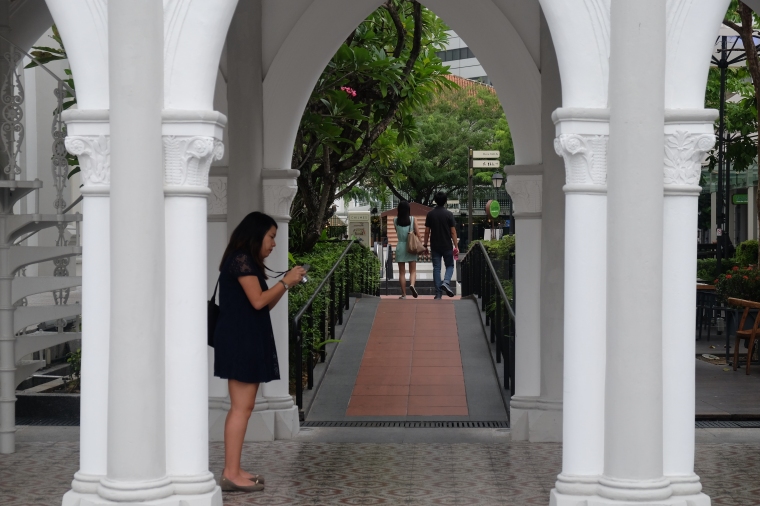 It was a pity that we did not manage to enter the Chapel Hall (as it was being used for a private event), but the exterior was equally mesmerising, with stained glass windows depicting various apostles, stone columns and archways. The Gothic-style architecture, as characterised by the flying buttresses, the interior ribbed vault, and the pointed arch, was very easy on the eyes and a sight to behold. It is one of the must-go-to places in Singapore!

The CHIJMES Christmas market is located beyond the Chapel, at the open quadrangle (“the Lawn”) enclosed by the former school buildings, now converted for commercial use. There are admittedly few shops, but there was an interesting selection of Eastern European trinkets and souvenirs and familiar brands like Bakerzin, Yankee Candle and Totally Hot Stuff. In the evening, fairy lights strung amongst the trees lit up the Lawn, emanating a soft, radiant glow that created the festive aura. 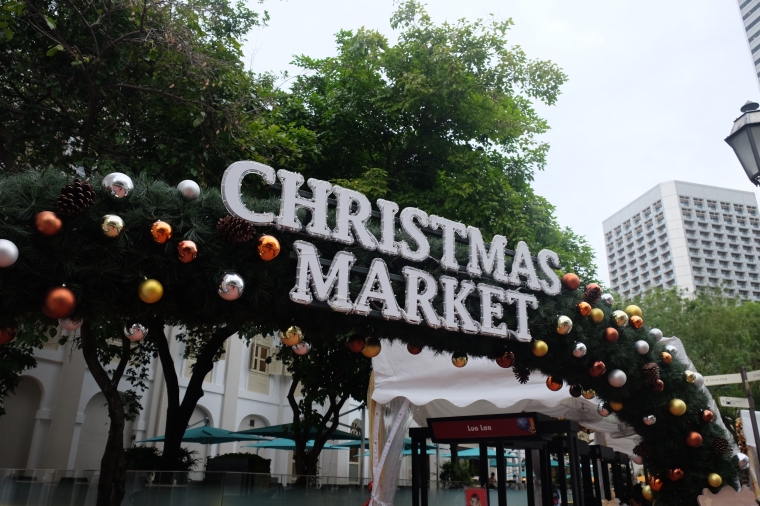 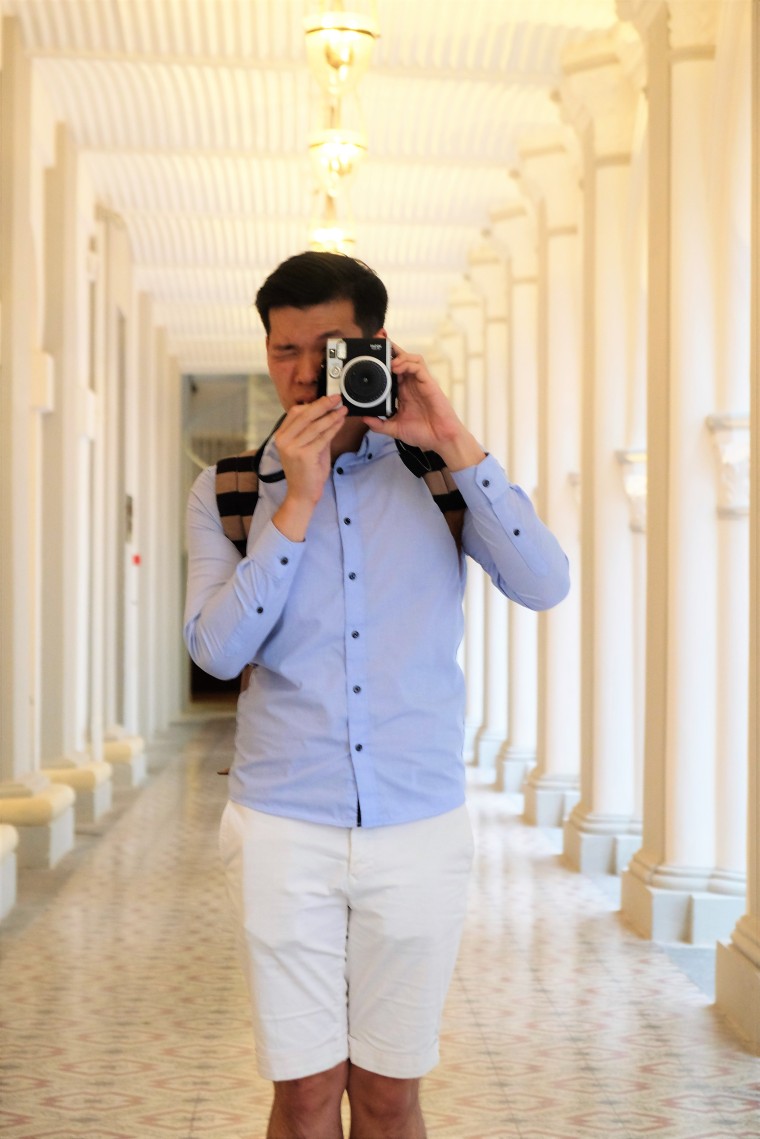 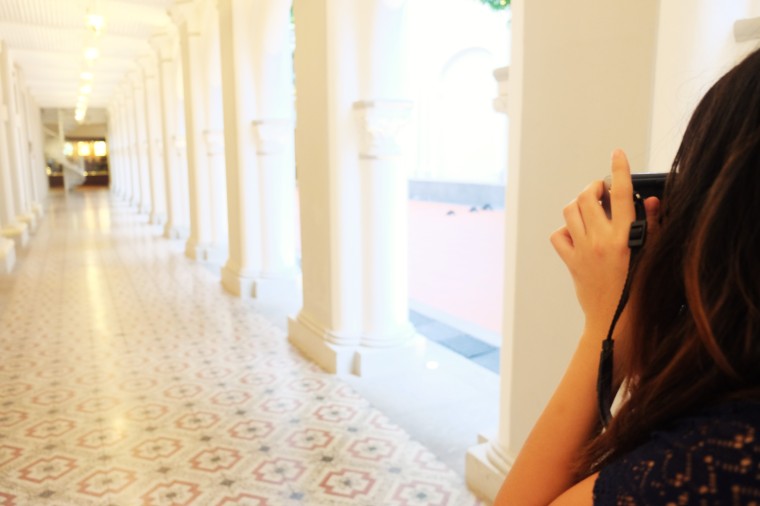 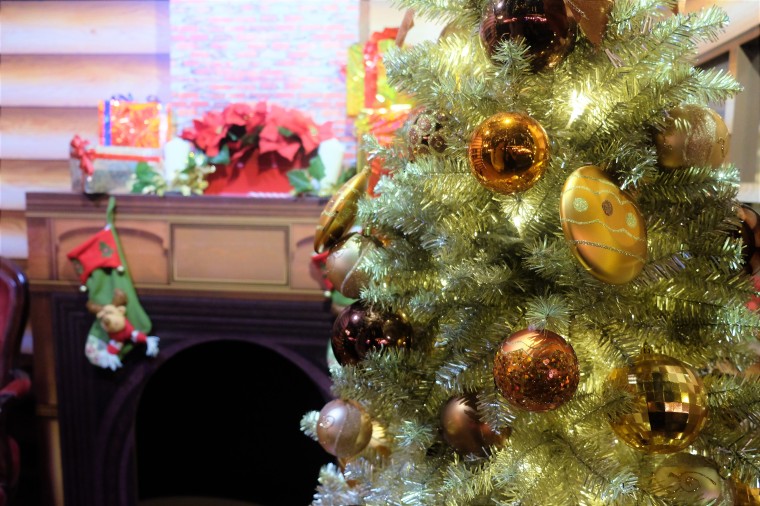 Here are some instax we took!

Admittedly, the Christmas Market at CHIJMES was not as eye-opening or as extravagant as the one at the Gardens, but the location, landmark and landscape made up for it. In all honesty, we had more fun taking photos than perusing the small Christmas Market. If there is any reason to visit CHIJMES, it would be for the illuminating lights, the splendid ambience and the picturesque chapel.

There are indeed places to go to in Singapore to visit during the festive season (e.g. Orchard Street lights), but those places are commonly visited. CHIJMES remains a notable memento to Singapore’s past and the European influence upon our city-state, and we both enjoyed our little adventure there!