We’re sure that everyone appreciates a beautiful, colour-streaked sunset that inspires optimism and admiration for nature! That being said, in Singapore we have quite a number of iconic spots to catch sunsets, and there is really no better place than at Lower Peirce Reservoir! We had previously spoke about our adventures along the Lower Peirce Reservoir Trail, which links up to MacRitchie Reservoir, and this large nature reserve is well-known and populated with hikers, joggers and casual visitors during the weekends.

Of course, it is sometimes hard to predict the weather (even with apps on our smartphones), and in our visits to capture the sunset at Lower Peirce Reservoir, we had differing experiences and outcomes with our photos…

On our first trip, the sky was overcast with hints of drizzle every so often. Despite the risks we were taking i.e. no beautiful sunset, we still made our way to test out some new camera gear we had obtained recently: a modified Fujifilm Instax Wide 300, with interchangeable Mamiya lens! This camera was novel to us as we had issues with other modified cameras using the Lomography Bel-Air Instax Wide back (which I’m sure we will be discussing in due course), and we were keen to lay our hands on that modified camera! Despite the disappointing outcome i.e. no beautiful sunset to behold, we did manage to capture other shots:

Captured with the modified Mamiya C33 (Mini Instax), the sky was naturally grey and overcast, with no hint of sunrays peeking from behind the clouds. Due to the rain that fell over Singapore that day, one can see mist forming around the forests in the background. 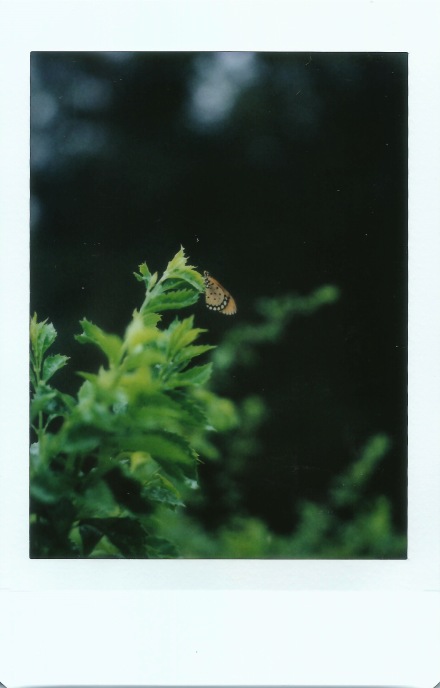 We found a butterfly resting idly on a plant, and quickly grabbed the Mamiya C33 to capture it in case it flew away! Thankfully it did not, and we were (as always) impressed by the Mamiya C33’s depth of field. 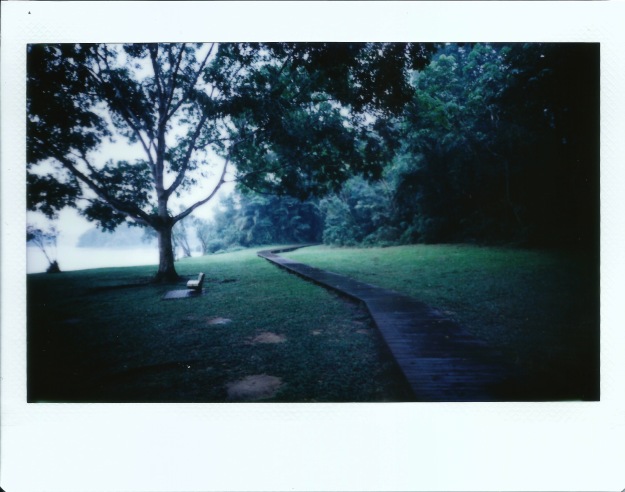 The first ‘test’ shot from the modified Fujifilm Instax 300! Attached with the Mamiya-Sekor f/6.3 65mm lens, we caught a wideeeee view of the winding man-made paths leading into the forest.

Capturing Sandra here seems to have given her an angelic-like vibe from behind (owing to the different exposures in the back- and foreground).

On our second visit, there were a smattering of grey clouds, but the sky relented and gave up its sun as the day progressed to evening! Even though we could not witness the kaleidoscopic colours that so many other photographers have captured during sunsets at Lower Peirce Reservoir, we were content to capture what photos we could, and to hopefully come back another day where the sky would be more favourable!

Sunset peaking behind the clouds!

Damian capturing our trustee Holga gtlr (yes, the Holga we used during Holga Week 2017 as mentioned in our previous entry!)

Image taken my Damian! As you can see, the instax wide film produces the iconic “black sun” (ie the black dot)! 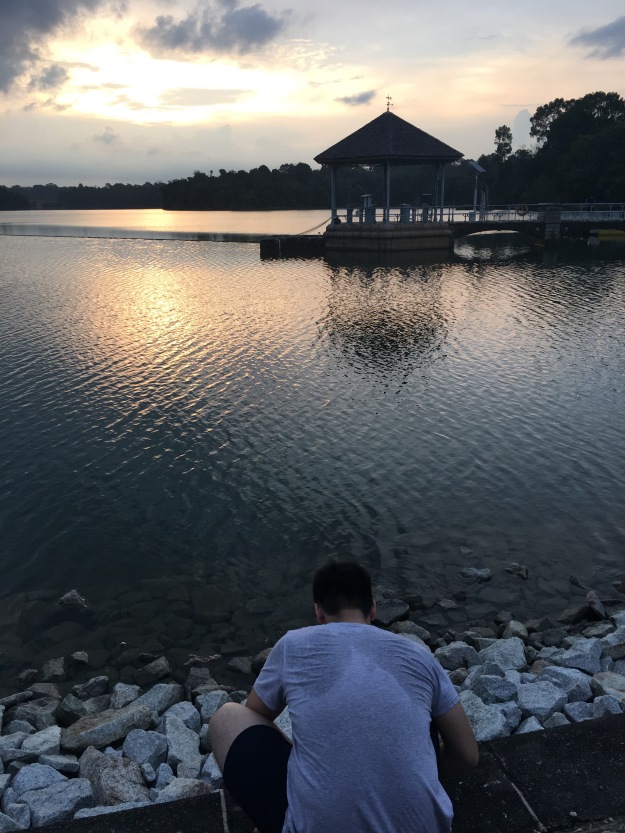 Chasing the sunset was hard work! Not only did we have to wait for the opportune moment, we had to fight the humidity in Singapore! 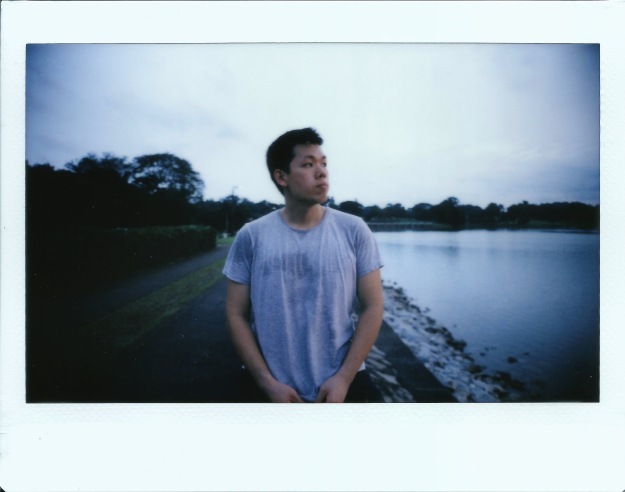 Damian gazing at the sunset! 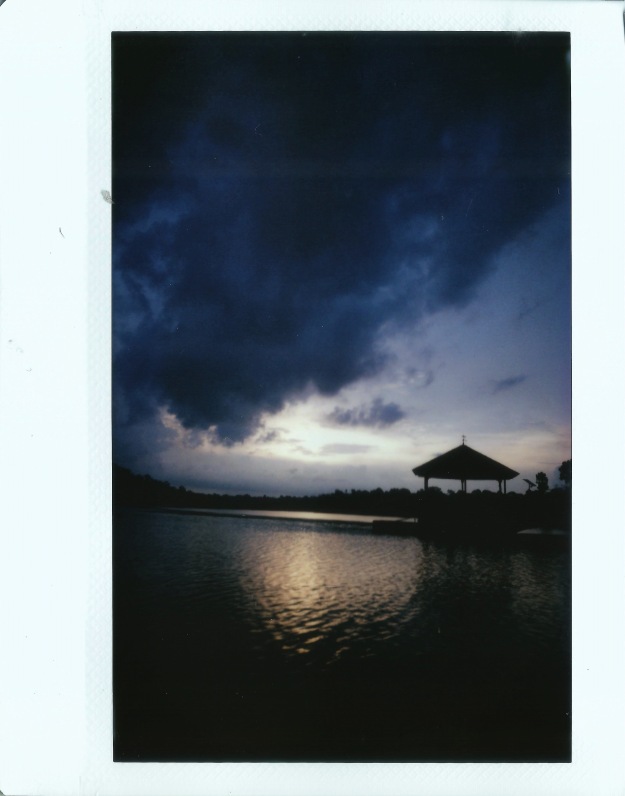 Love the sharpness of the mamiya lens in capturing the glistering water!

As the reservoir is a favourite hotspot for photographers, we will definitely return to capture more sunsets! Holla if you’re from Singapore and love capturing sunsets at Lower Peirce!